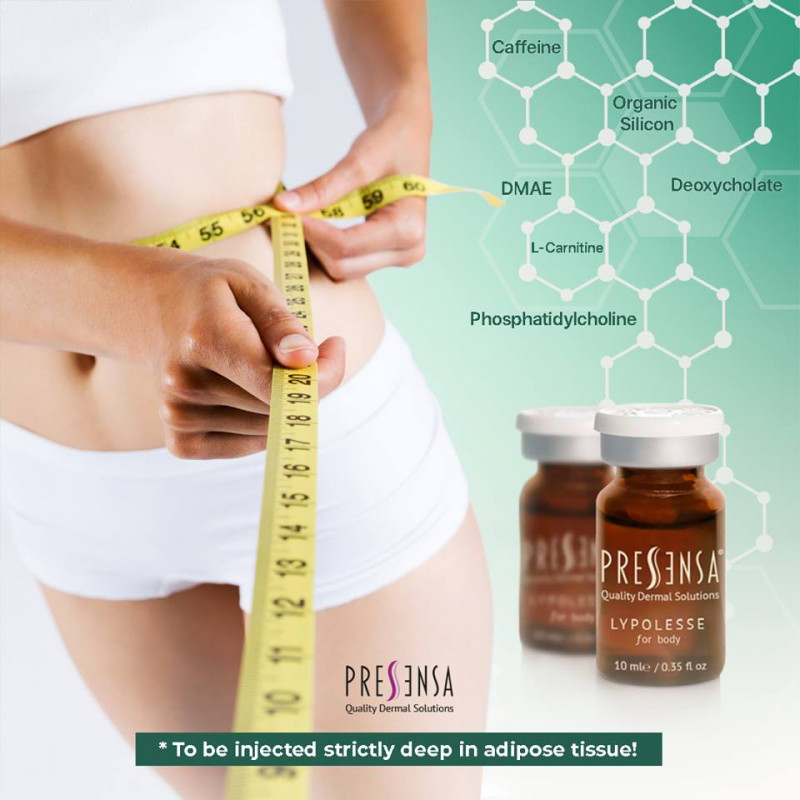 Lypolesse for body accelerates the process of lipolysis in areas of highest concentration of localized fat, such as the thighs, buttocks and especially in abdominal area, contains the most appropriate ingredients to perform this action such as phosphatidylcholine and deoxycholic. In addition to that is a caffeine active ingredient known for its action on the fat, and L-Carnitine as a key substance in mobilizing lipolysis process.

PHOSPHATIDYLCHOLINE 5%: It is indicated is to dissolve and eliminate localized fat deposits.

CAFFEINE 3%: It acts as a potent lipolytic and lipogenesis inhibitor; minimizes the accumulation of lipids in adipocytes. It has stimulating effect on skin microcirculation.

ORGANIC SILICON 1%: It is an antioxidant, runs a powerful lipolytic action, acts as a restructurante, regenerative and restorative agent.

DMAE 1%: Supports muscle contraction, being precursor in the synthesis of acetylcholine, its presence is required in our lipolytic formula for its firming effect giving tone to the tissues.

All Primary and Secondary localized adiposity.

No reviews
Tap to zoom